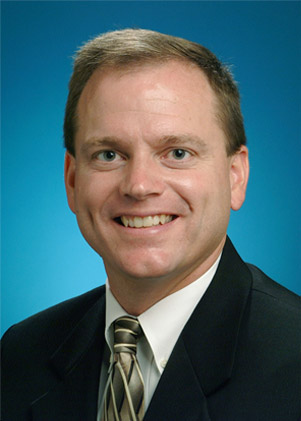 David Niekamp, a native of Kettering, Ohio and a graduate of The Ohio State University, has been involved in the development of retail and mixed-use projects for 26 years and has been involved in the retail business for over 29 years. He started his career at Aldi Foods, one of the world's largest grocery retailers and based in Germany, as Director of Real Estate. David was based in Pennsylvania and handled all real estate functions developing new ground up Aldi Food stores in numerous cities in Pennsylvania, New York, New Jersey, and Connecticut until he was selected to launch Aldi's expansion in the Southeast. David opened and started from scratch, a new real estate office in Charlotte, NC and developed and opened 40 Aldi Food stores throughout North Carolina, South Carolina, and Georgia.

From Aldi Foods, David was recruited to Crescent Resources, LLC to serve as Director of Retail Development where he supervised, managed, and personally executed all functions of the development of numerous neighborhood grocery anchored shopping centers, mixed use developments, and power centers throughout the Southeast. David was successful in developing thriving large complex retail developments with such anchors as IKEA, a world-wide Swedish furniture retailer, Walmart, Lowes Home Improvement, Harris Teeter, and Lowes Foods. Belgate, a 200 acre mixed use development in Charlotte with IKEA at 350,000 square feet as the anchor, was one of his notable projects where he started with a site that had no roads, no interstate access, no utilities, challenging topography, wetlands, rezoning and he was able to develop a first class mixed use development on schedule and on budget while bringing to the Carolina's the first IKEA furniture super store.

David's expertise is in all phases of development from land acquisition, rezoning, anchor leasing, anchor development agreements to vertical and horizontal infrastructure development. David specializes in working with governmental agencies to facilitate large successful retail and mixed use developments. He engages the best consultants for each project to successfully navigate the entitlement process. David has established excellent relationships with retailers, land owners, contractors, brokers, attorneys, consultants, and finance partners.

David is an Eagle Scout and past cross country bicyclist from California to South Carolina, has two children and resides in Concord, NC.